THE COMFORT OF STRANGERS

Marbella becomes increasingly in vogue as a destination for international launches, events, luxury products unveiling and of course, as a wonderful place to live. One of the most cosmopolitan towns of Spain welcomes its residents of more than a hundred nationalities. It has healthy balance of nature (birth / death rate) and gender (49% male / 51% female); with average age of 40.2 and biggest population group of 40- 49 years old-

The latest statistics of pre-COVID era showed that 2019 was the 5th consecutive year of foreign population growth, adding 5.38% within a year. The largest group was Moroccan, followed by Brits who began registering ahead of Brexit. The 3d and 4th biggest groups were Ukrainians and Russians. Colombians and French showed one of the largest increases, followed by Italians and Germans.

According to INE data, 1 in every 4 residents in Marbella is a registered expat of 28 nationalities. In reality, the numbers are higher. Not everyone is registered. Besides, citizen of Ireland, Holland, Belgium and Nordic countries weren’t included despite their impressive presence on the coast. 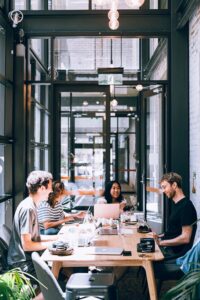 WHERE DO YOU LIVE?

Foreign residents have expanded over the entire coast. However, there are some preferred areas.

Brits are concentrated in golf and urban areas of Marbella and San Pedro, Puerto Banus and Nueva Andalucía. North Americans are scattered, although there are communities in San Pedro, Nueva Andalucía, Benahavis and Estepona. Belgian residents move towards Estepona. Atalaya is popular among Dutch. Germans are concentrated on the area from Rosario and Elviria (with German school) to Cabopino.

The Scandinavian love affair with Marbella dates back to 1960-s. Today the old flames return, with modern/contemporary open-plan villas and apartments as a favourite choice. Many Northern Europeans chose Nueva Andalucía with popular Centro Plaza and golf courses of Los Naranjos (Swedish-owned), Aloha, La Quinta, etc. Swedes also like Urb. Las Petunias and Linda Vista in Nueva Alcantara, Los Monteros and Guadalmina. Norwegians are all over San Pedro. Fuengirola also has a high concentration of Scandies and Finns around their churches.

WHAT WILL HAPPEN TOMORROW?

The Costa del Sol keeps being a centre of attention, both from a lifestyle and an investment point of view. With many luxury villas for sale, Marbella sees constantly growing interest. Foreigners can apply for a mortgage on similar terms and conditions as Spanish citizens.

According to DiarioSur, the number of American buyers in the area of Golden Triangle (Marbella-Benahavis- Estepona) has gradually grown by 15%. It seems, it’ll rise further. 2020 and 2021 show a growing number of enquiries and online searches due to polarised socio-political situation, and pandemic crisis that causes people to look for new options.

Forbes USA recently named Málaga province among the Top-20 most liveable places in the world, with the best climate in continental Europe, healthy Mediterranean lifestyle, quality of life, environmental situation, infrastructure, cosmopolitan vibe, low crime rate, easy connections to the rest of the world, etc. Looks like US buyers will be a new addition to nationalities already owning Marbella’s property.

The Foreign residents’ department office in Marbella confirms that our town expects “international movements tend to increase as soon as pandemic is over”. 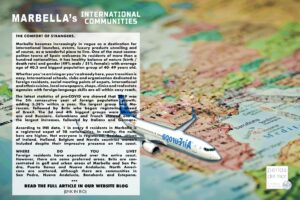